Canon Live | Ileachs - Behind the lens with Clive Booth 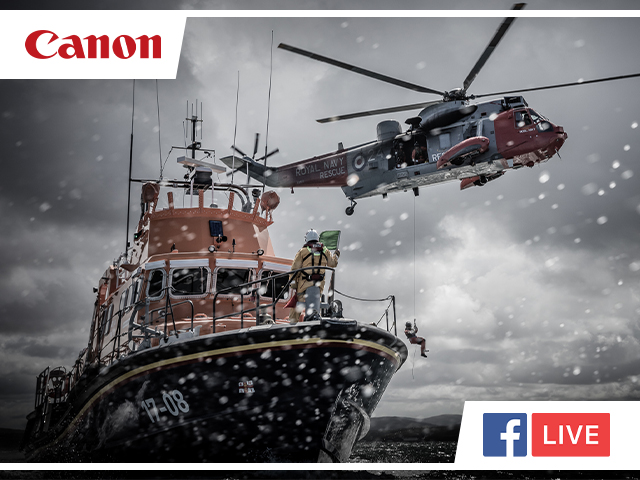 15/6/2021 10:30 - 11:30
WHERE: This is an online virtual session hosted for FREE on the London Camera Exchange Facebook page.
BRANCH ORGANISING: LCE Winchester
BOOK A PLACE
In 1994 Clive made his first trip to the Scottish Island of Islay as part of a film crew shooting a documentary about sailing and whisky – two things that he found are best left well apart. His long history and strong connection with the Island and its people lead him to develop the idea for a deeply personal project, revolving around the Islanders themselves, the Ileachs (e-lacs). During this talk, Clive will share his experiences of capturing the day-to-day lives of these island people through the medium of photography Including his close association with the Islay Royal National Lifeboat Association (RNLI). The RNLI is the charity that saves lives at sea around the coasts of the UK, the Republic of Ireland, the Channel Islands and the Isle of Man. Its volunteer lifeboat crews rescue an average of 24 people every day. To illustrate the Volunteer aspect of the organisation Clive has produced a series of comparative portraits of the Islay RNLI crew both in their crew kit and in their everyday lives. He has also spent a great deal of time at sea photographing both the crew and the Severn Class Lifeboat on Exercise including a historic final shoot with Islay RNLI and the Royal Navy Search and Rescue Sea King helicopter ‘Rescue 177’ This live stream is as much about storytelling as it is about photography and Clive will be sharing some of his favourite shoot stories. Using a unique multi-camera and computer, live broadcast studio, built during the COVID 19 lockdown, he is able to illustrate the journey from capture via an EOS R5 mirrorless camera feed, to his Lightroom workflow, to fine art archival printing with the Canon imagePROGRAF PRO 300.

No booking necessary for this FREE session – just make your way over to the London Camera Exchange Facebook page via the link above and register your interest or join us on Facebook at 10:30 on the 15th to watch. If you are unable to join us live the workshop will be saved and available to watch back afterward.

Clive Booth: In 2003, after 20 years as a graphic designer, Clive decided to follow his lifelong ambition and become a photographer and filmmaker. In 2006, having shot a set of pictures with an original 5D and 85mm f1.2L using available light, Clive came to the attention of fashion photographer Nick Knight. He was invited to produce work for Nick’s online fashion magazine, SHOWstudio.com, and here developed his distinctive style of selective focus with natural, available, continuous, found light, giving his work an atmospheric, ethereal quality. His unique quality, along with constant experimentation with new technologies and techniques, has attracted numerous international clients, including fashion brands such as House of Holland, Hackett London, H&M, and beauty products such as House of Amouage, Shu Uemura, MAC Cosmetics, and L’Oreal. He also works for corporate giants Asus, Intel, Fiat, Ernst and Young, Louis Vuitton Moet Hennessy, and Aston Martin. His personal projects include a long-term study in Scotland, capturing the day-to-day life of the people on the Island of Islay and its landscape. This includes working closely with volunteer organisations, the Royal National Lifeboat Institution and HM Coastguard. Clive regards this work as some of the most rewarding of his career. He is hugely passionate about the art of photography and filmmaking and his deep level of understanding and desire to always be at the forefront of technological change, advancing processes and equipment, has meant that he has been one of the first in Europe to shoot stills and films using the EOS 5 Series, the EOS-1D X MKII the Cinema EOS C300, C300MKII, C500 in 4K. And more recently the first in the world, to shoot with a pre-production Cinema EOS C700 and using the DP-V2420 reference display, the first to make an HDR film, directing and shooting a documentary short film for Canon Europe, about legendary photographer Sir Don McCullin photographing the street people of Kolkata. His study and love of fine-art printmaking has lead him to be chosen to be the first in Europe to use the imagePROGRAF pro1000 and Pro2000. In 2018 Clive was once again one of the first in the world to shoot with Canon's first full-frame EOS R mirrorless camera system and lenses in collaboration with another personal project with Birmingham Royal Ballet.
ALL EVENTS
PHOTOGRAPHY WORKSHOP
SUPPLIER IN STORE DAY
VIRTUAL 1-2-1 EVENT