In previous years we have seen Fujifilm take their flagship camera’s, X-T1 and X-T2, features and compress them down into a lighter and more portable compact system with their X-T10 and 20.

Today Fujifilm follow this trend once again with the announcement of the X-T30 borrowing it’s bigger brother’s, X-T3, high spec and packing them into this smaller and more affordable package, still promising the great performance we’ve come to love from the X-Series cameras.

Armed with a prototype X-T30 for a limited time at the press launch and for a short time after we took it out for a quick spin.

Inheriting the same 26.1 megapixel APS-C sized X-Trans CMOS 4 sensor from the X-T3 and pairing this with the X-Processor 4, Fujifilm is offering a compact system with a competitive image quality you would expect to see from a higher level of camera.

Capturing 14bit RAW files and with a native ISO range of 160-12,800, which is expandable to 80-51,200, Fujifilm has increased the high ISO performance resulting in fewer random patterns of grain helping to improve the low light capabilities of the X-T30. 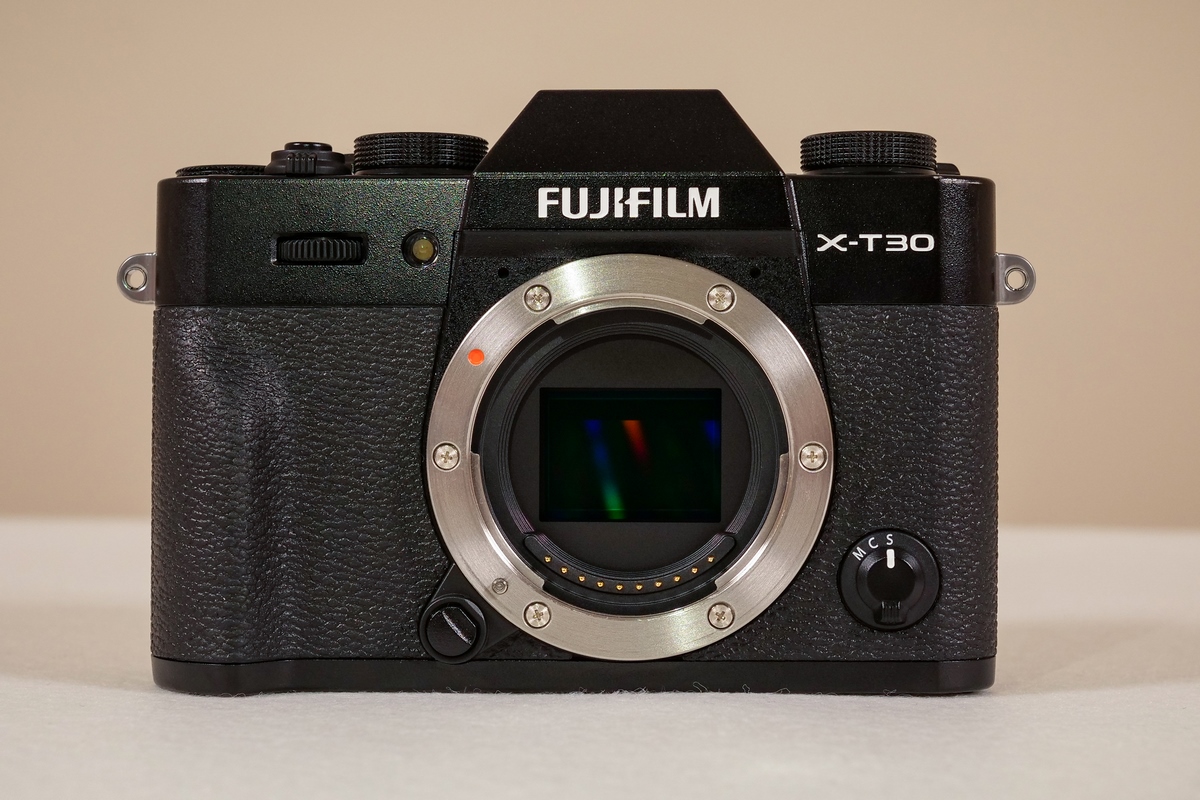 When it comes to burst shooting options it is possible to capture up to 20fps via the electronic shutter while a somewhat lower number of 8fps when switching to the mechanical shutter, with a max shutter speed of 1/32,000 sec. A buffer capable of saving up to 32 lossless JPEG images and 17 uncompressed RAW files means the X-T30 may not be your go-to sports/action camera but this being said those frame per second from a smaller enthusiast’s compact system are pretty impressive.

The camera we were provided with was not running a final version of firmware but from the results produced and performance we saw the X-T30 is set to please. 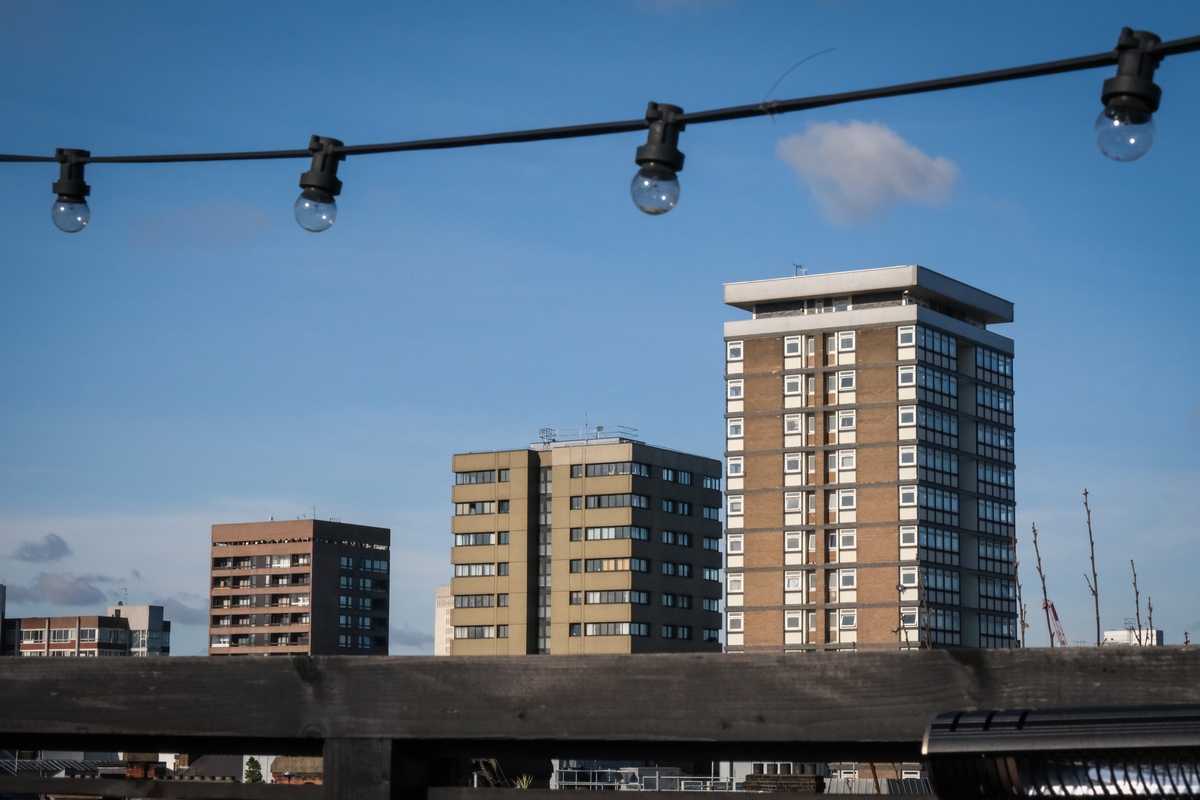 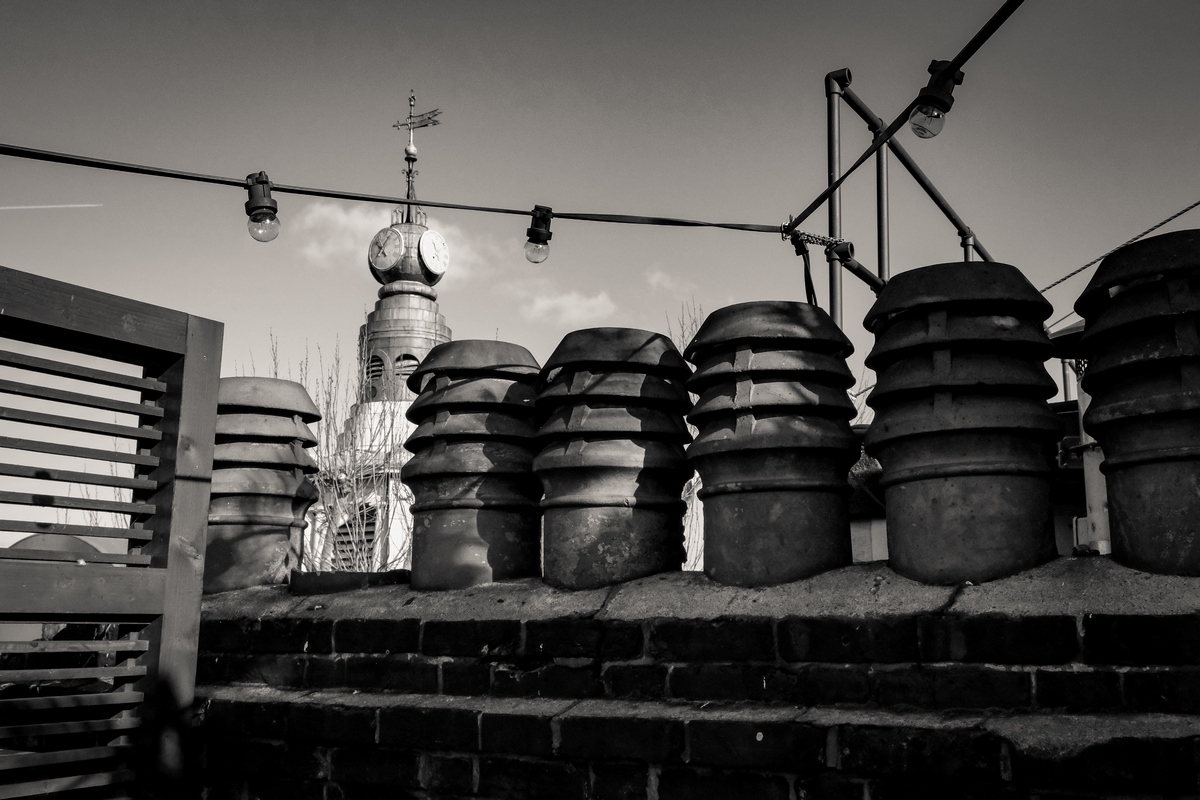 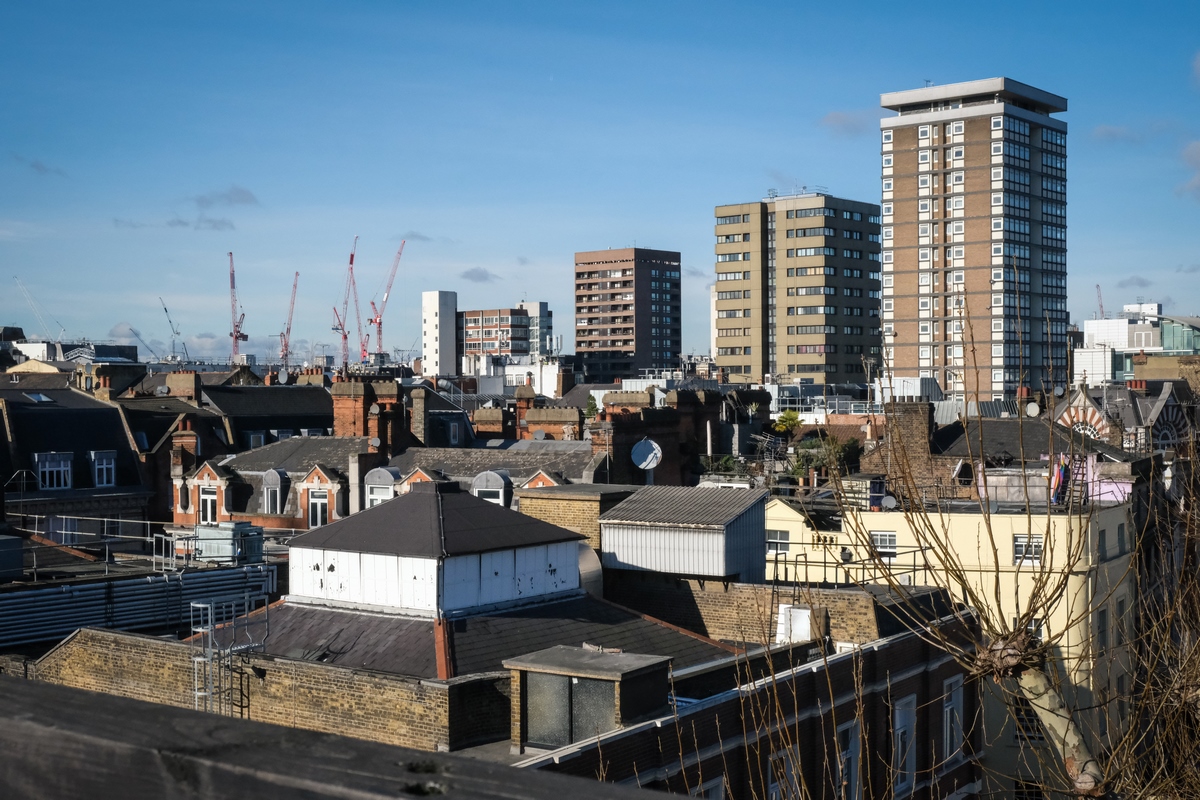 Strong improvements to the focusing system sees a 300% increase in speed of handling. The X-T30 can lock onto your subjects down to -3EV using its 100% coverage of phase detection points. A new face and eye tracking mode holds focus on your subject’s face far more reliably compared to the jittery face tracking seen in the previous X-T20.

With a greater area of focus detection points the X-T30 is 30% better at locking onto a subject at a further distance than it’s predecessor. You can also select a single face to track in your frame when multiple faces are available via a simple tap of the screen.

Weighing in at just 383g the X-T30 certainly hits the ‘compact’ system criteria of mirrorless cameras making it very appealing to anyone travelling around a lot or wanting to be unobtrusive while out shooting around the streets and city. It is worth mentioning that the X-T30 lacks weather sealings, unlike it’s bigger brother the X-T3, so you would want to take a little bit of care where you plan on using it.

Design updates to the body of the X-T give more precise and comfortable handling. A better front grip accompanied by a more pronounced thumb rest allows you to shoot one-handed with ease. A slight alteration to the position of the ‘Q Menu’ button and the removal of the ‘D-Pad’ being swapped out for the more desirable Joystick, seen on the X-T3, all help for quicker manoeuvring through settings and focus choices allowing you to spend more time shooting. For any current X-T3 users the controls of the X-T30 are extremely intuitive and would make this a perfect second body in any professional environment. 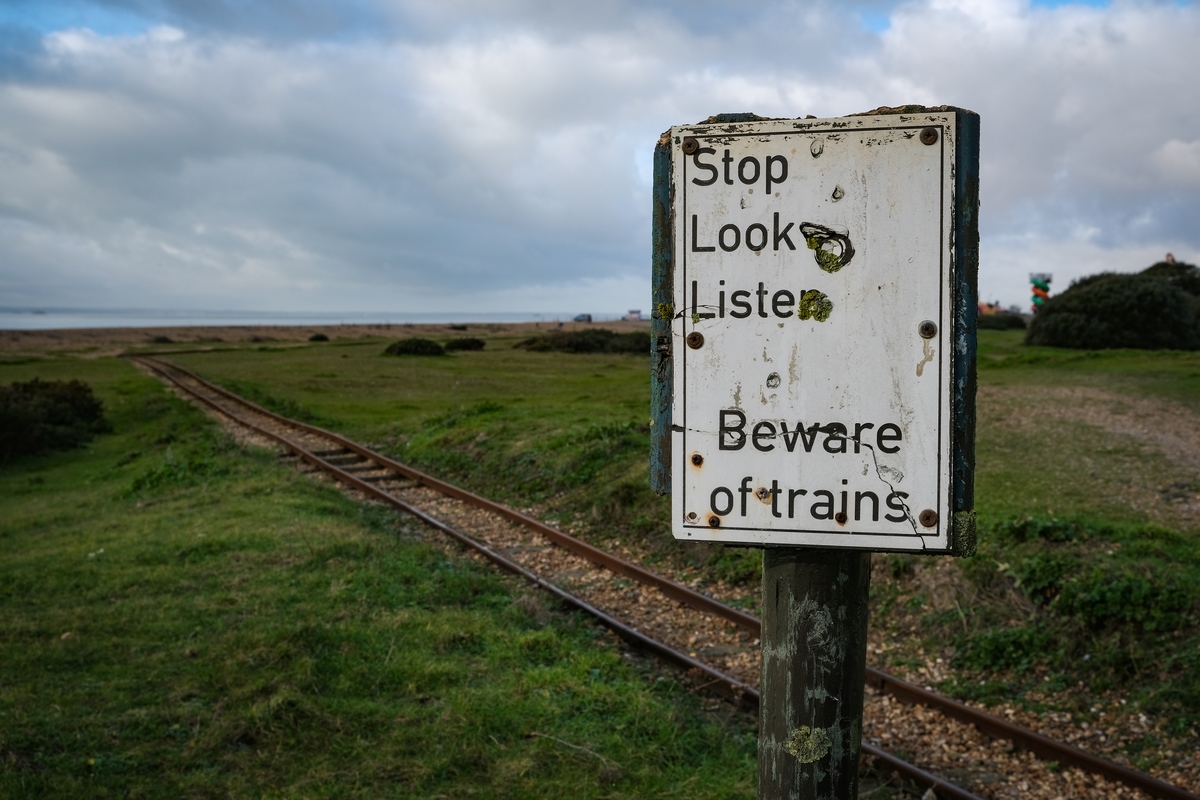 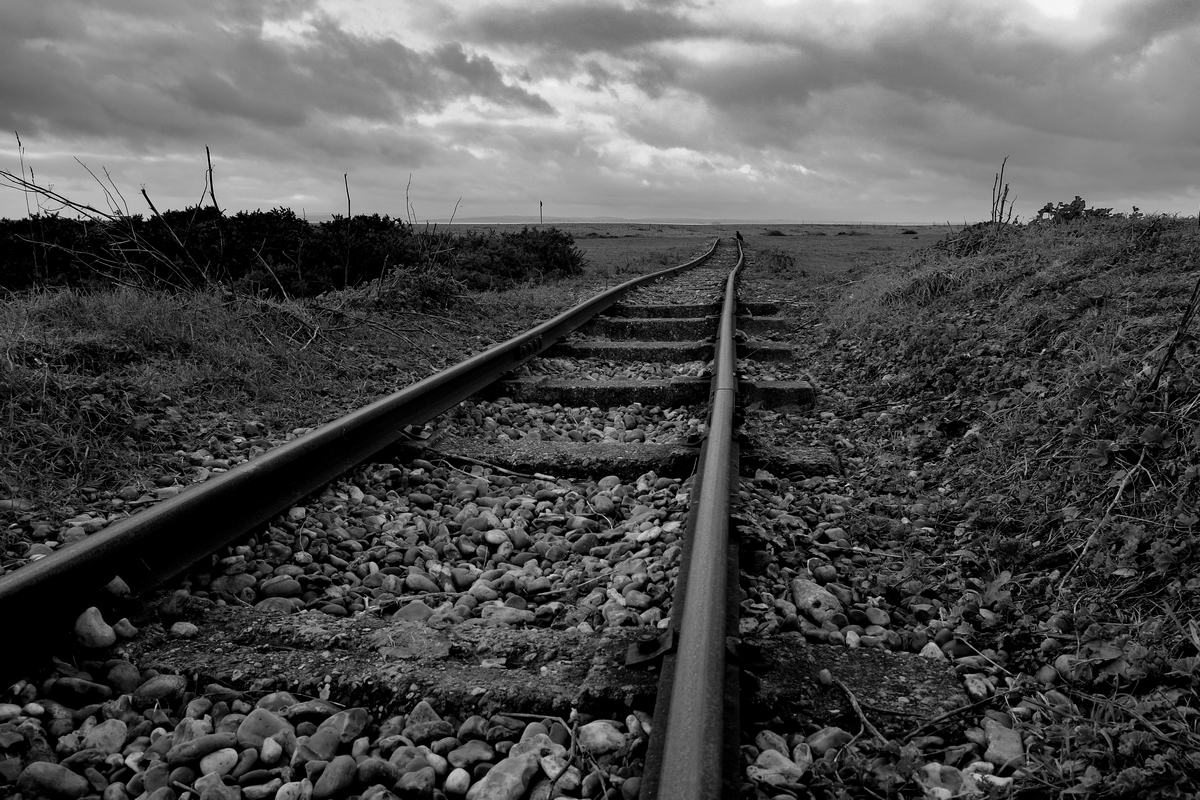 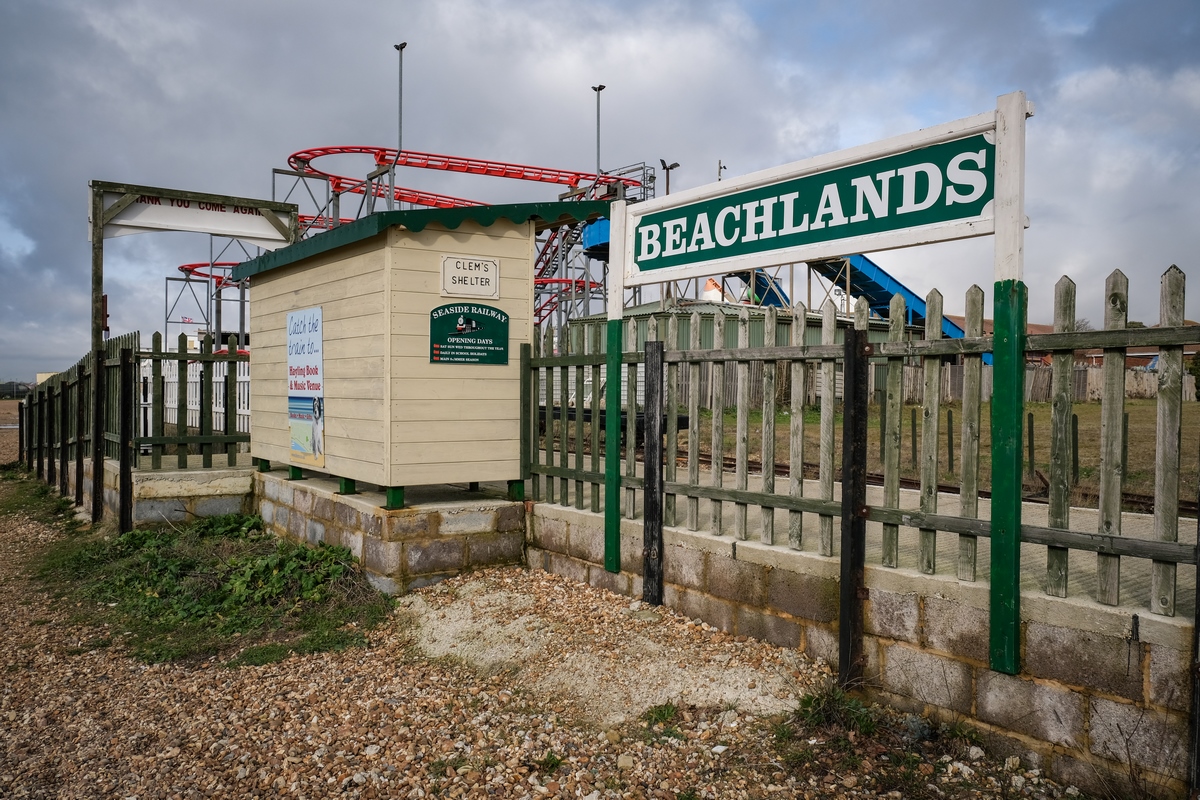 A smooth and clear 2.36 million dot electronic viewfinder now has a refresh rate of 100fps with zero black keeping your subject in shot at all times. The 3 inch 1.04 million dot tilting touch LCD is now thinner than previous models helping to slim down the X-T30’s profile and is far more responsive than other camera touchscreens previously produced. While using the screen it can be compared to that of a smartphone or tablet with its light touch response and handling. Something many other camera touchscreens seem to struggle to replicate.

A built-in popup flash is ideal for those quick moments while out and about when you need a little extra light to fill your frame. You also have the option to add a flash gun with the hot shoe Fujifilm have kept in the design.

Battery life has improved over the X-T20 and now can reach up to 380 shots on a single charged NP-W126S. There is no option for an additional battery grip but for anyone using the X-T30 for travelling you can also charge the camera via the USB-C port on the side leaving you unrestricted to mains power chargers.

Connectivity via Bluetooth and Wi-Fi allows you to seamlessly transfer and share your content across to a smart device running the Fujifilm app, which is due for a major software update shortly.

Three colour options are available, the classic Black and Silver, and the newly added Charcoal which is my personal favourite. 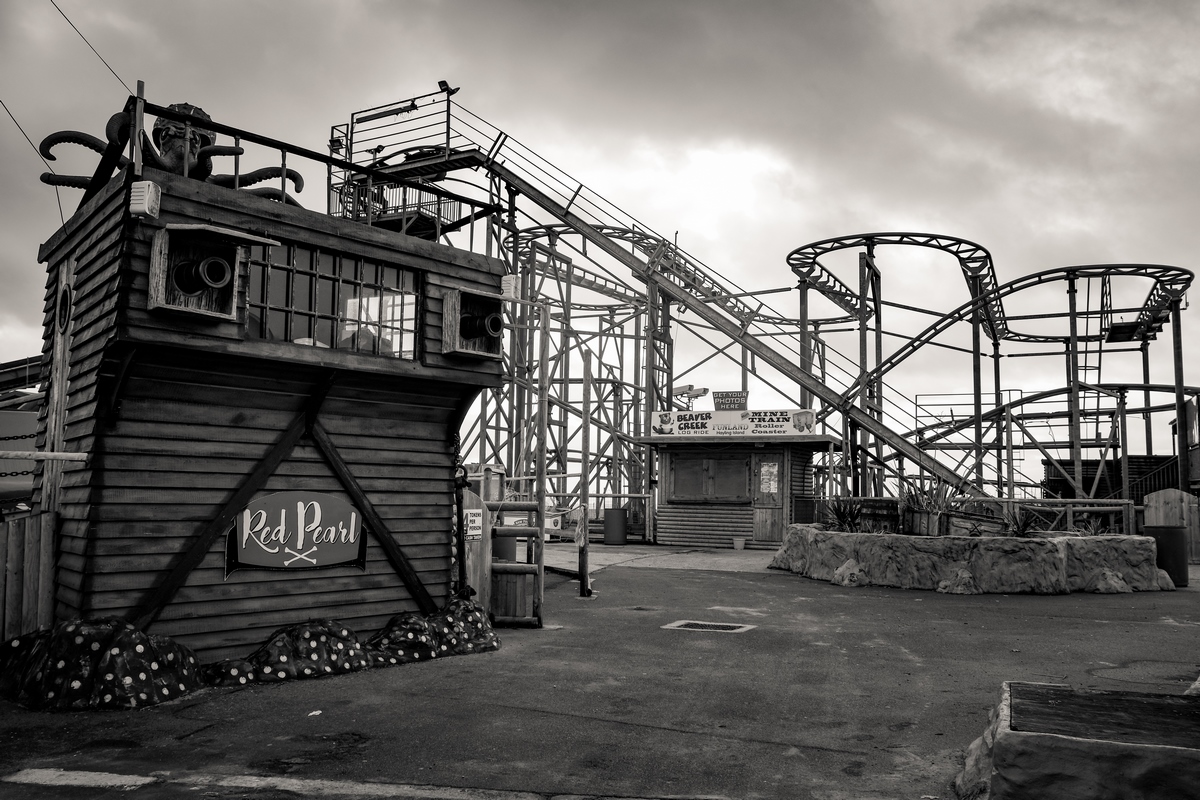 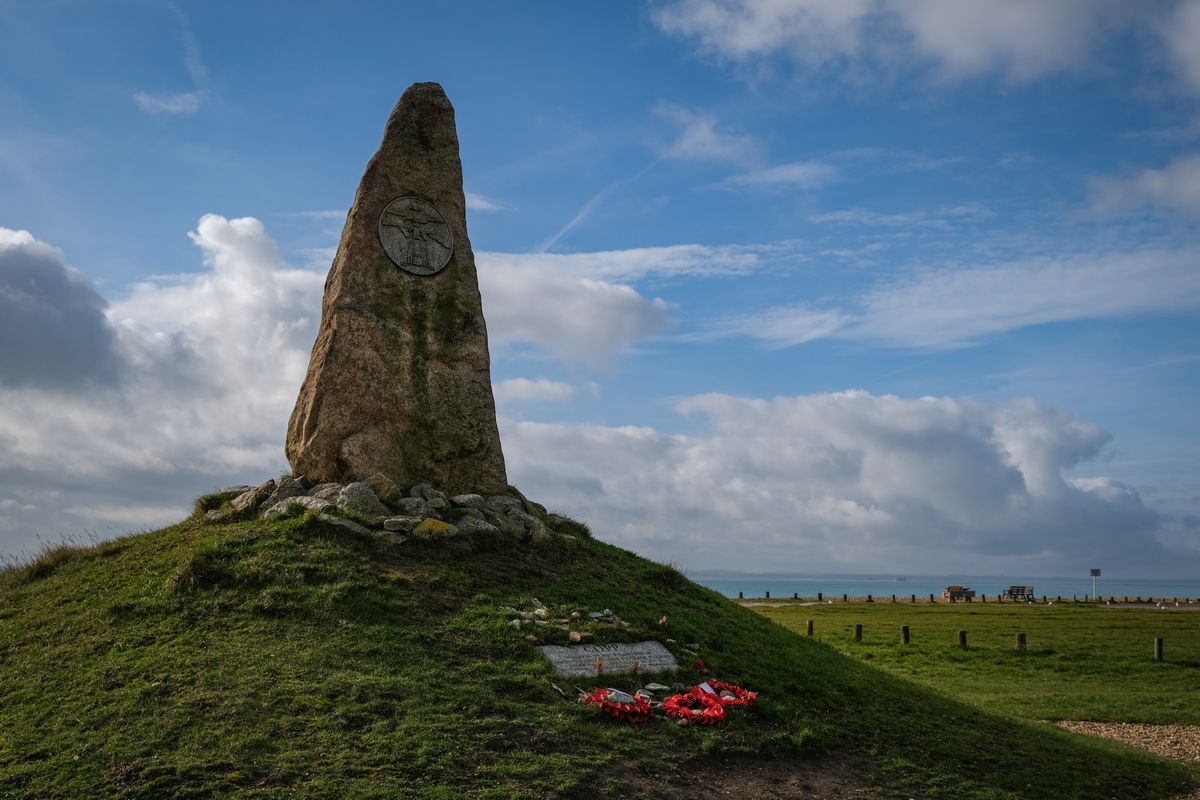 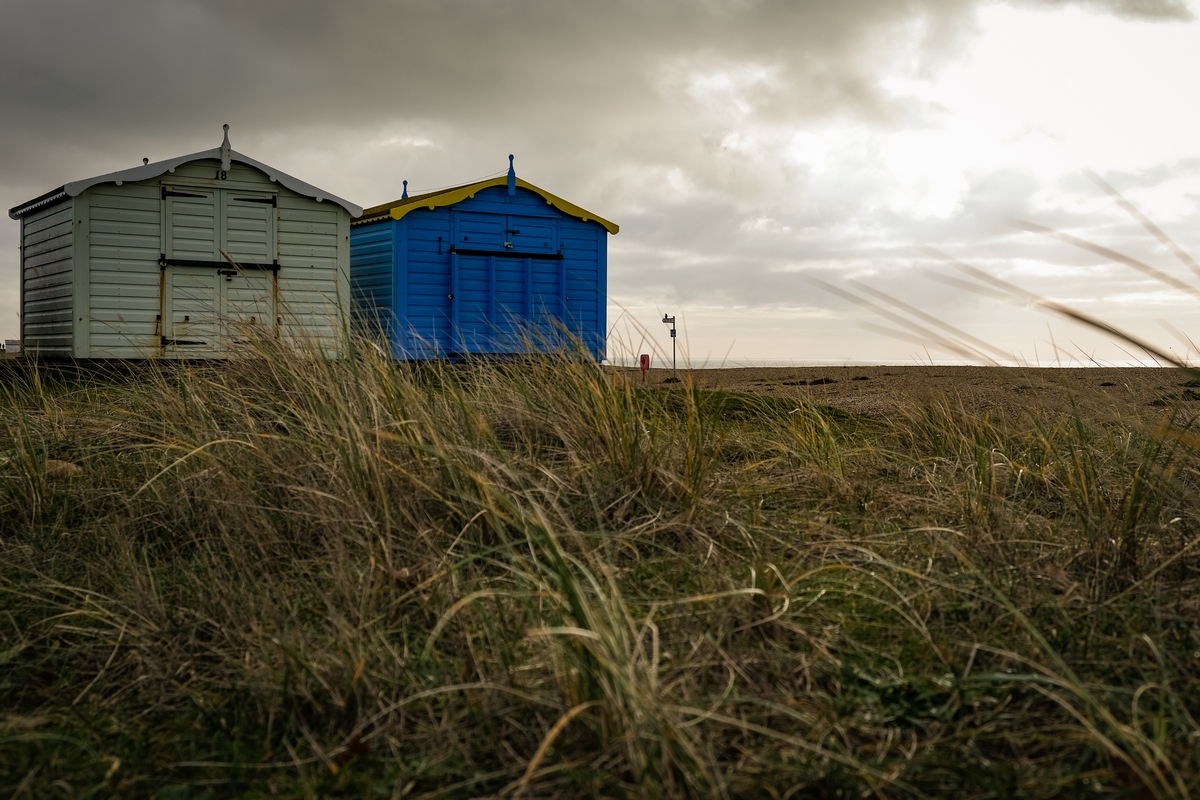 For a smaller and compact camera Fujifilm has not held back on the video functionality of the X-T30. Capable of capturing 4K footage up to 30p at 4.2.0 8bit internally up to 200Mbps and 4.2.2 10bit, via an external HDMI recorder, the X-T30 boasts a non-crop video function thanks to oversampling of 6K footage. Cinematic 4K recording with an aspect ratio of 17:9 and 24bit digital high-resolution audio are great improvements over the predecessor. For any slow-motion capture, you can drop the resolution down Full HD and shoot a smooth 120fps.

Film simulations are available for both stills and video including the popular Eterna profile based on Fujifilm’s motion picture film which gives ultra-fine grains ideal for natural skin tones and outstanding grey balance in your colours.

A 2.5mm audio jack is included in the design of the X-T30 but you are not limited to just using this for audio inputs thanks to the USB-C port located just below. 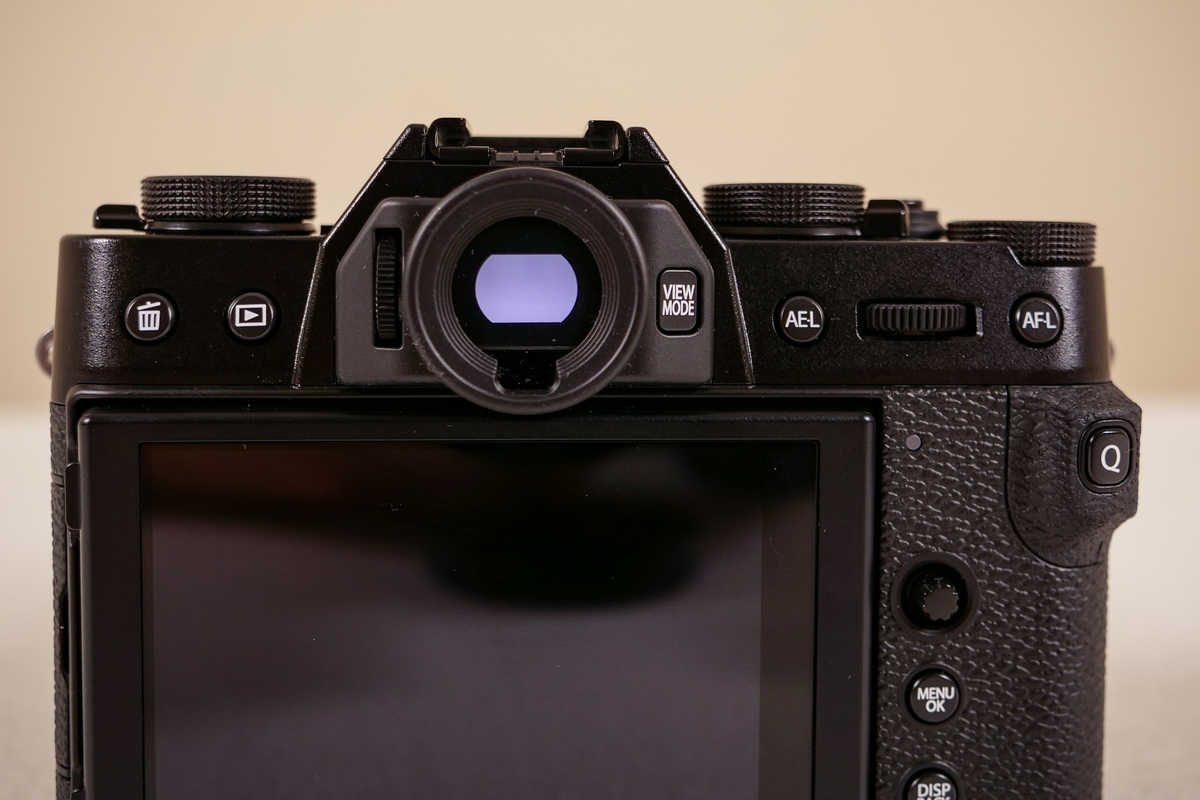 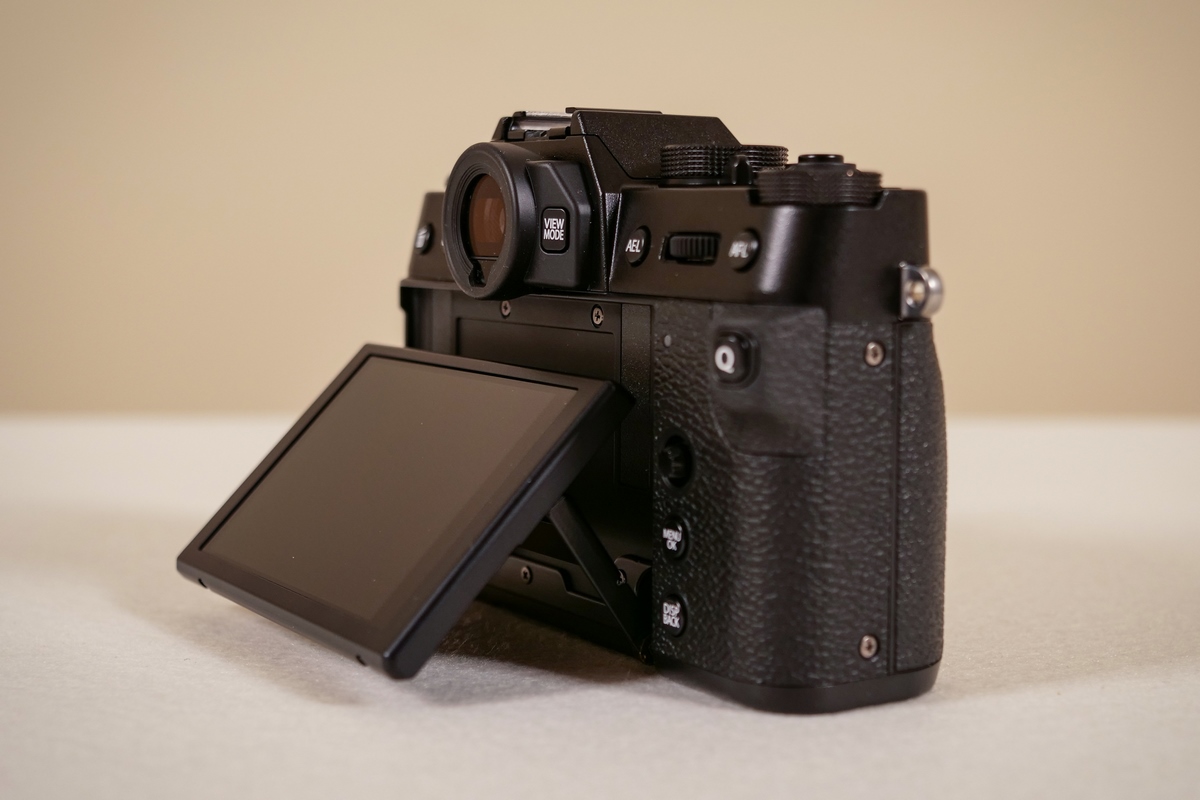 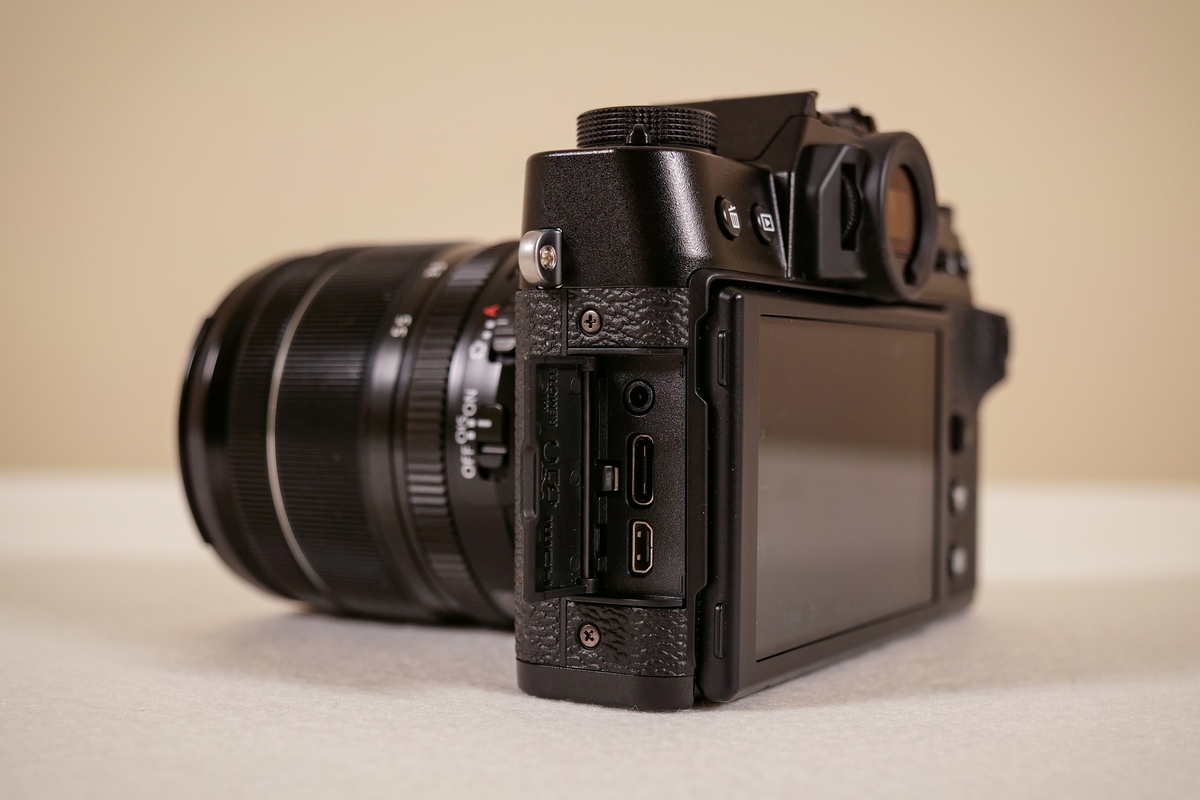 The X-T30 fits into many users criteria’s whether you are an enthusiast or pro level shooter currently using an X-T3 system. The X-T30 takes so many of the high-end features from it’s bigger brother yet packs them into a smaller and more affordable body making it ideal as a second body or travel camera. Design improvements, faster and more reliable focusing, better low light performance and impressive video capture all help to put the X-T30 high on the list for many potential owners. The X-T20 has been Fujifilm’s most popular compact system camera and I can see the X-T30 quickly takings it’s place.

Join the Fujifilm Experts as they guide you through the new features and spec with these in-store events.