The Olympus Tough series of cameras have been going for as long as I can remember and I’ll always reminisce my original Tough 6000. At the time it gave me all I wanted when messing around kayaking and climbing, a camera I did not have to worry about. But let’s be honest – the 6000 wasn’t a camera I would use for general day to day events as its quality wasn’t the best. So when I was offered the chance to get hands-on with the new TG-5 I jumped at the chance, literally. 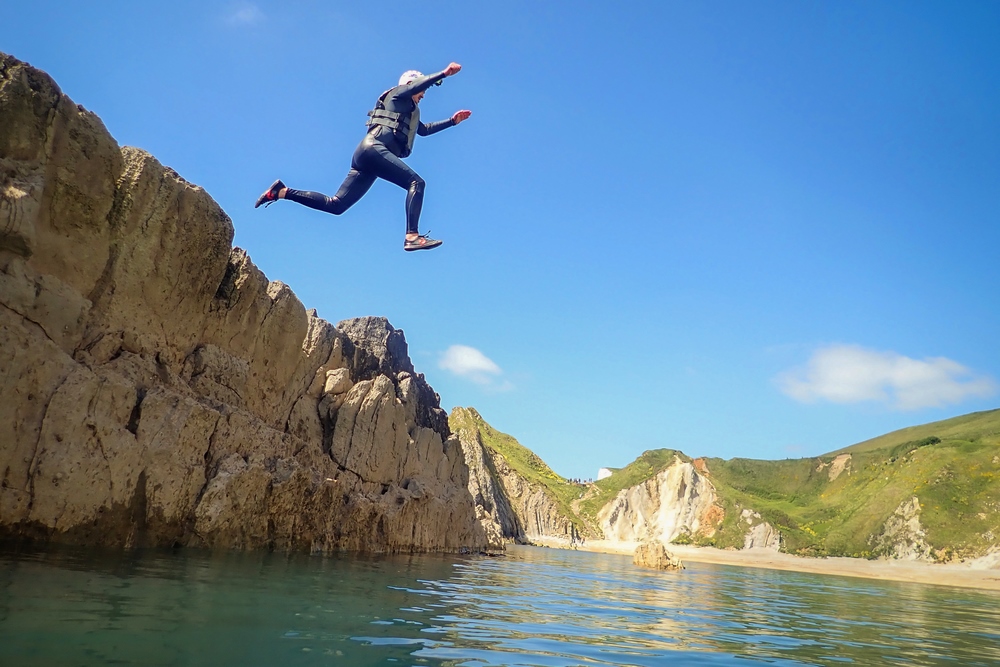 Working on the success of its predecessor, the TG-4, Olympus has lowered the megapixels from 16 to 12 but coupled a new sensor with their powerful TruePic VIII processor. The resulting images from this partnership allow the TG-5 to produce some truly stunning shots and leave you scratching your head with a smile on your face on how good it really is!

Tough cameras tend to shoot fast action in some nasty environments cameras would prefer not to go to, yet with a max ISO of 12,800 and its fast F/2.0 lens the TG-5 is more than able to freeze your epic moments in crisp, clear and vibrant JPEGS or RAW.

A high speed continuous shooting mode gives you up to 20 frames per second so you never miss a shot. Having a feature like this on a compact of this size didn’t give me much faith when setting out to test it. Once out on the water I quickly changed my settings with the easy to access dials and fired off a burst of 20 shots. I was able to capture everything from take off to landing and could then select my chosen image afterwards. The TG-5 handled the 20fps well and the results were far greater than I had originally expected. It seems that little knowledge on photography and minimum setup time is required to get sharp images from the TG-5 and Pro capture, previously seen in the EM1 MkII, has been adopted making sure you never miss that crucial moment with lag free buffering.

With a little Photoshopping I was able to produce a couple of fun shots like below.

4k movie recording has become a standard res for many users now and the TG-5 has been upgraded to handle this at 30fps. Not only this but the 5 can capture Full HD footage at a high frame rate of 120fps – allowing you to slow down time and witness every moment of your adventures.

Designed on the solid build of the TG-4 the 5 sees tough features like Waterproof to 15m, freezeproof to -10˚, dustproof, shockproof and crushproof. While jumping off the cliffs, climbing over the rocks and stuffing the TG-5 into my buoyancy aid I had no fear of it getting damaged. On previous models from Olympus and other manufactuers I found it little too easy to catch and open the battery / memory card slot. The TG-5 follows the modern style from Olympus with a double locking system making it harder to accidentally open.

Subtle changes to the grip and dials have made for some great ergonomic improvements.  A double glazed glass structure prevents fogging and condensation when sudden changes in temperature and environments happen.

With a built in GPS, compass, temperature sensor, manometer, wifi and tracking technology seen in Olympus’ Tough Tracker action camera the TG-5 not only stores your image location but you can also transfer stills and videos across to a smart device and save the logged information alongside. Using the Olympus OI Tracking App then gives you the option to get creative and overlay the recorded data giving a head up style movie for you to share with all your friends afterwards.

An unlocking ring found around the lens gives you the customisation to add optional accessories like flash diffusers and fish eye converters.

Overall I can only say I am impressed and pleased to have taken the TG-5 along on this adventure with me. The speed, build, ease of use and resulting dynamic range are far greater than compact waterproofs I’ve previously seen – for anyone wanting to shoot epic memories from places cameras don’t usually like to go this is definitely a compact worth checking out.