THOUGHTS ON THE NIKON MIRRORLESS

Thoughts on the Nikon mirrorless 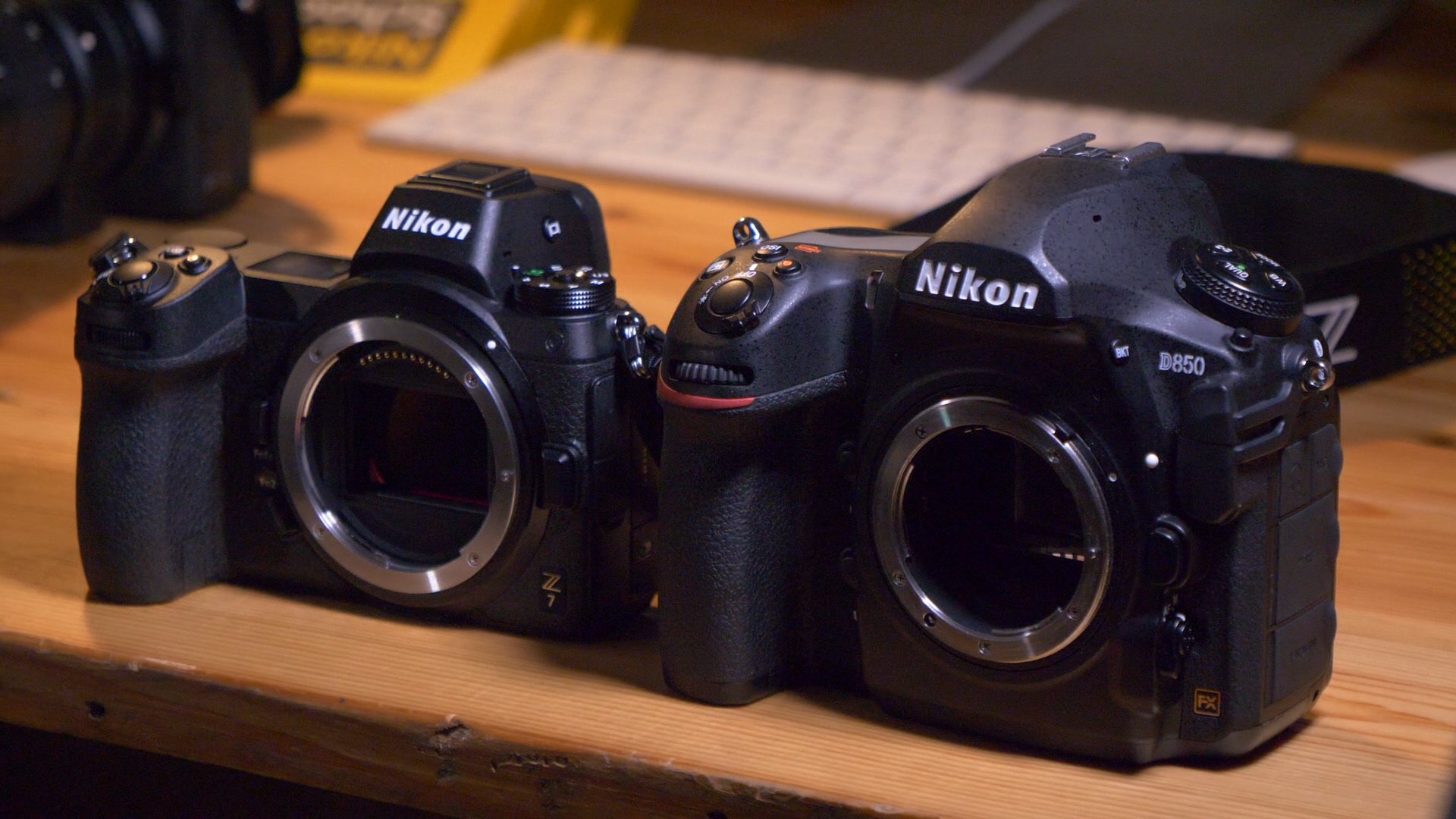 Firstly I would like to declare a bias - I am a long-standing Nikon user - my first “real” SLR being the Nikon FE, a camera which I still own 40 years later. I have had a number of models through the years but not that many as I tend to stick with what I have until something comes along that offers a substantial improvement. By that method in 6 moves I have gone from a Nikon FE in 1980 to a Nikon D850 in 2017. And here’s the thing, the D850 feels to me exactly like the FE; a tool that has been designed and constructed with care and with attention to detail, that fits the hand perfectly and does everything you need it to do without great flamboyance or ceremony. Obviously, there is a world of difference in reality but they are both there to do one job, to make it easy (and enjoyable) to translate a vision into a digital file or on to celluloid in the case of the FE.

For all that time all Nikkor lenses fitted all the bodies. From Manual through Autofocus to Digital, the lens mount Nikon introduced in 1959 never changed and lenses from that period still fit with various degrees of functionality the current digital models. When bodies come and go but lenses stay with you, having the same mount is a big issue.

In the last few years I will admit I have started to have doubts about Nikon, they appeared to be resting on their laurels or worse, inert in the changing face of the photo industry as DSLRs dominance was increasingly being eroded by the mirrorless offerings.

Mirrorless presents a compelling proposition with continuous live view, silent operation, plus the size and weight advantages. Mirrorless was also where all the innovation was with everything from 4K photo features, Pro Capture and 4K 60p video only being available in mirrorless. Cameras from Fujifilm, like the X-T2 and the Olympus EM-1 MKII were directed firmly at photo enthusiasts with aspirations towards the pro user; Nikon’s traditional customer base. Panasonic could be relied on to present very capable machines particularly on the video front, but I think it was the full frame mirrorless from Sony which really announced the arrival of mirrorless as a serious challenger to the top end DSLR’s from Nikon and Canon. The innovations kept coming: completely silent shutter, 20fps with no viewfinder blackout, Eye AF etc. The speed that they were implementing the innovations was certainly impressive.

Nikon have now responded. They will say that they have waited for the right time to launch the right product and there is some sense in that.

So, what of their initial mirrorless offers (leaving aside the Nikon 1), well first impressions are very positive, the cameras feels like “real” cameras and anyone familiar with D500/D750/D850 will be right at home with the grip, button layout and general ergonomics. Although it is clearly smaller than those cameras it doesn’t feel insubstantial as some mirrorless cameras can. Nikon is big on ergonomics and this camera doesn’t fail on that score. The Z 7 and Z 6 share the same body, so they feel and behave in exactly the same way. 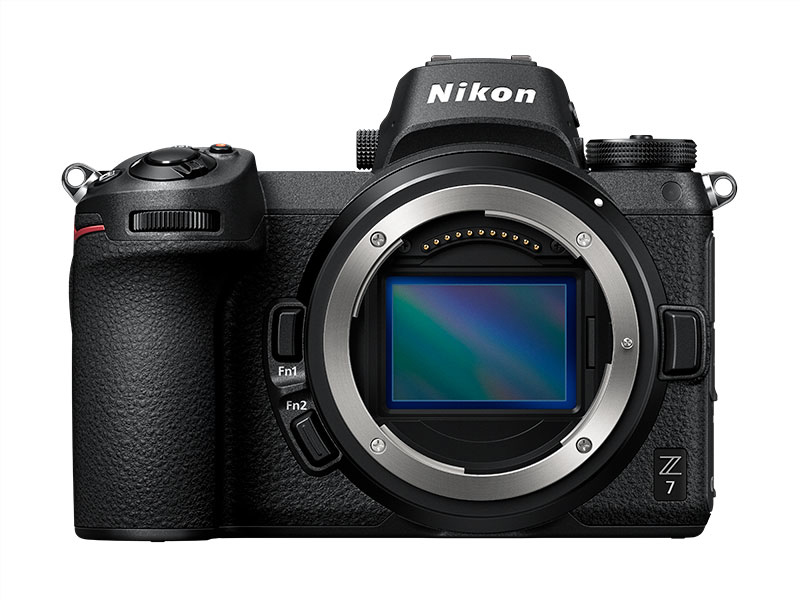 Perhaps the biggest shock is the new larger mount, but Nikon will argue that it is essential, as it opens up the possibility of sharper glass and wide aperture lenses in the future that would not be possible with the smaller F mount. The F mount has a 44mm diameter throat size whereas the Z mount is 52mm (55mm outer diameter). The existence of the FTZ F mount to Z mount adapter will be a great relief to Nikon owners with their investment in lenses. It allows around 360 lenses to be mounted on the Z-series in total and about 92 lenses that will operate with auto exposure and auto focus. 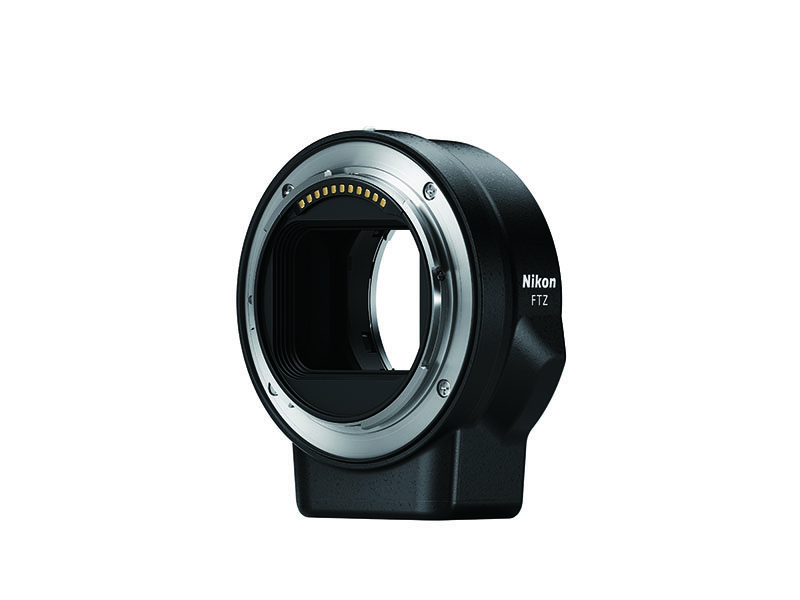 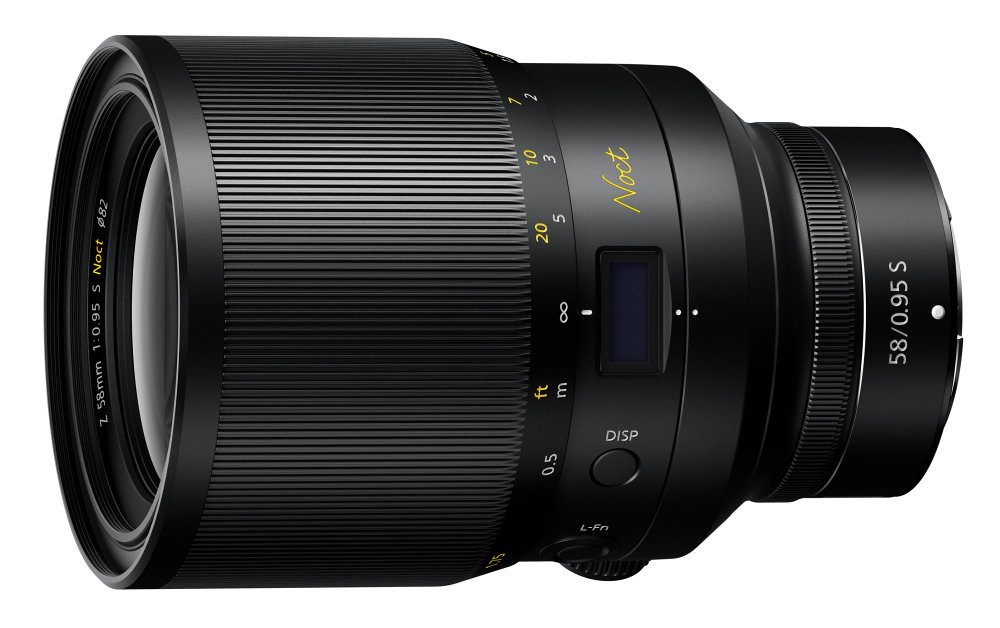 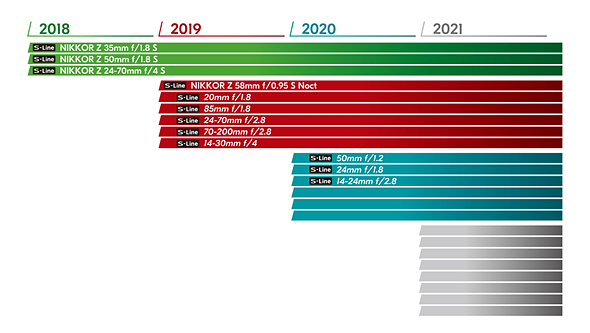 A reason I favour the DSLR is the optical viewfinder. I find it easier to engage with the image when it is optical rather than electronically produced. However, I can see the advantages that an electronic viewfinder offers; WYSIWYG, information overlay, reviewing images in bright sunlight etc. The viewfinder in the new Nikon is superb with no lag, colour fringing or false colour and with its .80x magnification it is very immersive.Another reason I favour the DSLR is that I don't have battery charge anxiety. With DSLRs the battery always seems to be sufficiently charged when I pick them up which has not been the case with mirrorless. I am happy to take the D850 out for a day's shooting with the battery 1/2 charged , something I won't do with a mirrorless, I would always charge to 100%. The new Nikons seem no different in that respect to most mirrorless on the market, with perhaps the latest Sony models offering better battery life.

Video is something that Nikon has never really excelled at in DSLRs, despite being the first to include it in the D90. Even in the D850 which has uncropped full frame 4K recording the output is only 8 bit and focus peaking is disabled in 4K, zebra stripes are non-existent and the AF is mediocre at best. This has all changed with the Z 7 where 10-bit HMDI output is now available as is focus peaking in 4K and with the Phase Detection AF pixels on the sensor, AF in video should be up to scratch.

One slight irritation is the XQD only slot mainly because I have a draw full of SD cards collected over the years, but in reality most of them are not really fast enough and XQD and CFexpress, which the camera will be compatible with, are the future and they are more robust than the SD cards.

The fact that there is only one slot will be an issue with some people I am sure. The D850 has 2 slots and I do find I use them occasionally but for me it is not a deal breaker, but I can understand if it is for some people.

A big plus is that the Z 7 and Z 6 will take the current range of accessories so batteries, flashguns remotes don’t become redundant, this shows that Nikon are thinking about their customers and makes the Z series feel part of the Nikon DNA rather than an ad hoc add-on.

So the big question is would I buy one? The short answer is yes. For me the Z 7 wouldn’t replace the D850 but I could see me getting the Z 6 with the 24-70/F4 as a second body with the FTZ adapter. This would give me the flexibility to choose which system I took with me depending on the circumstances, I could start to experience the new camera system while still being able to use my existing Nikkor lenses. Then who knows as the system develops and more lenses are added a complete change to the mirrorless system may happen, just not quite yet.

The opinions expressed are purely my own and not necessarily those of London Camera Exchange. 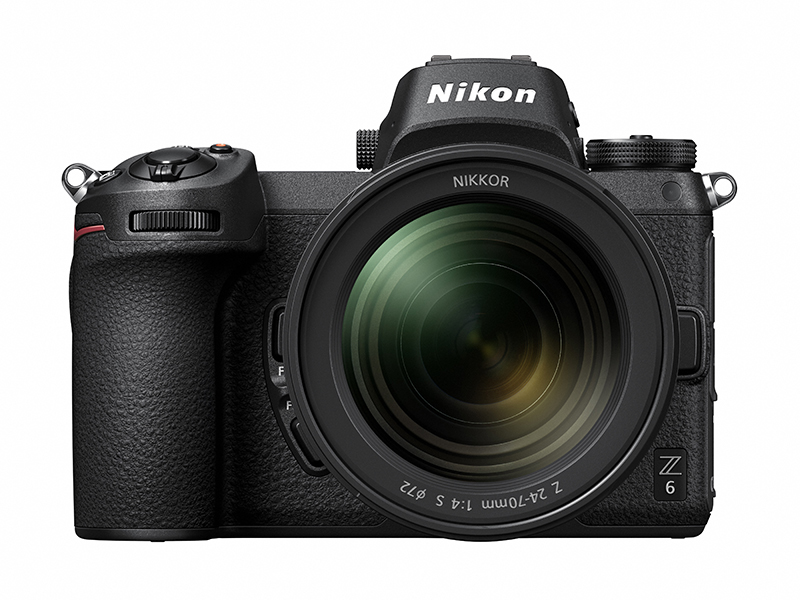